Yesterday, when I went to class, I stepped out of my apartment building and was basically knee deep in snow! 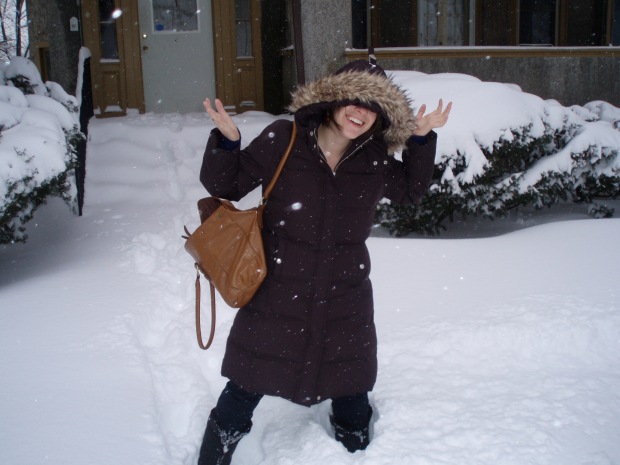 None of the sidewalks had been plowed or shoveled!  Getting to class was nuts!  But in the end I made it!  After two classes and a mixer, I headed home to start making dinner for a few friends.  I had two dishes planned.

One I saw on the Food Network while working out at the gym a few months ago.  The second from the NY Times. 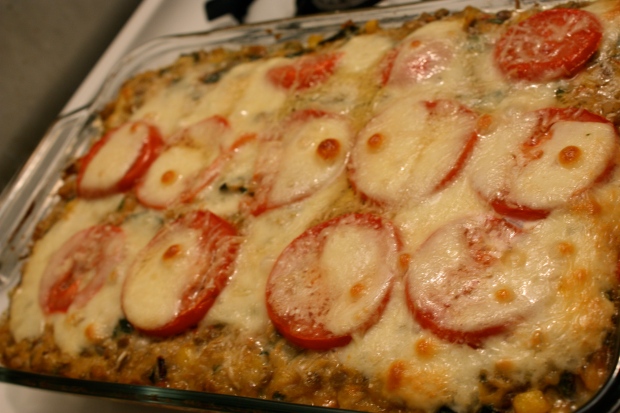 This was a hit!  It’s actually supposed to be made in a loaf pan but I made it in a 9×13 baking dish because I would have had to make multiple loaves.  It was very tasty!  I think it was a favorite here last night! As usual I made a few changes, instead of spinach I used beet green from the beets in the next recipe.  It was a great way to make use of something that usually gets thrown away!  And it tasted delicious!  I will definitely be making this again!  Maybe for Christmas this year? 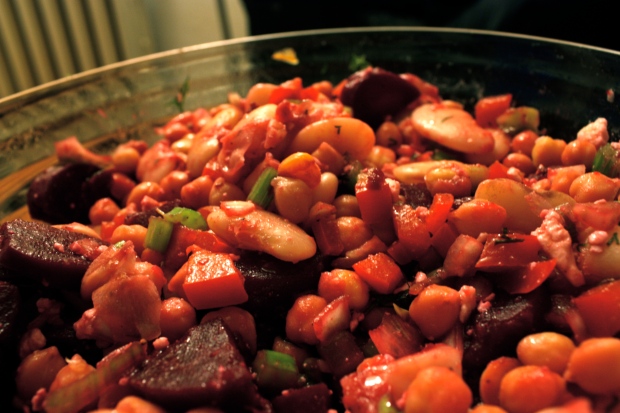 I thought this was really good!  As usual I made some changes.  I only had half a pound of lima beans since I used the other half to make Ginormous beans earlier this week so instead I added half a pound of chickpeas.  According to the lovely fella and another guest, it mixed very well with the vegetarian meat loaf.  This wasn’t hard to make but it was sort of time intensive.

All this goodness was enjoyed with Rhoda‘s homemade bread! 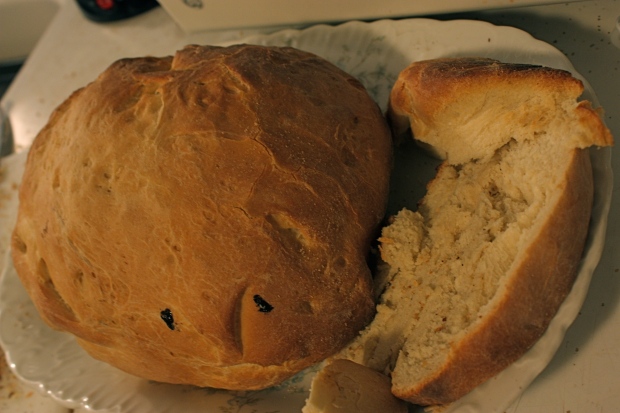 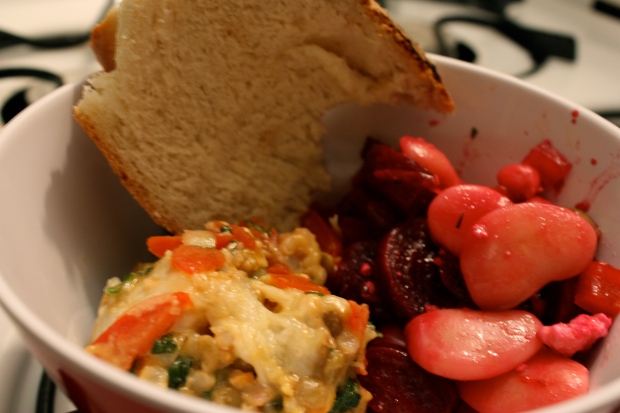 After dinner, we trudged through the snow to see an improv show, which was pretty funny.  Very entertaining.  Then the lovely fella and I watched The Hangover, which I thought was REALLY funny.  I feel like everyone in the world had seen The Hangover except me.  Have you seen it?

This morning, it’s still snowing 😦  Not sure what the plan is but either way it should be fun!

Have a beautiful day!

Also… Go over to Mara’s Blog and vote for my olive penguins to win the Cute Food Saturday contest!