A few nights ago, my roommate and I were talking about muffins.  Yesterday morning after my nap (at 10:30am!  Isn’t that nuts!??!  I’m ridiculously tired these days) I was inspired. 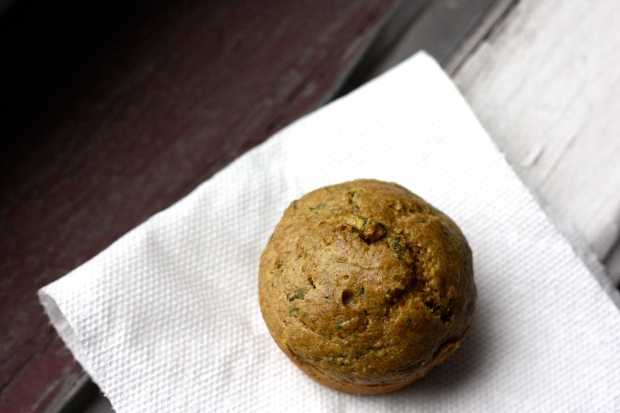 I have to confess the whole reason I made these up was because I wasn’t a fan of the Naturally Nutty Cinnamon Vanilla Sunflower Butter.  I got two jars a while back from one of Kath’s Open Sky deals.  While it tastes okay, I’m not a HUGE fan of it on its own.

However, baked into these, it tastes good!  If you don’t have Naturally Nutty Cinnamon Vanilla Sunflower Butter on hand you can use 1/2 cup of any nut butter + 1/2 tsp vanilla + 1/2 tsp cinnamon!

These aren’t the sweetest thing in the world but they’re tasty enough for a baked treat.  Definitely not bad for about 150 calories. But honestly, not what I was  expecting.   The batter tasted a million times better than the baked product.   Oh well.

A few days ago my friend sent out this video about opening a bottle of wine with a shoe. I can’t insert it here for some reason but watch it! It’s nuts!

So we tried it.  Here’s the recap.

We rewatched the video (tools ready).

Hit it against a wall and nothing. 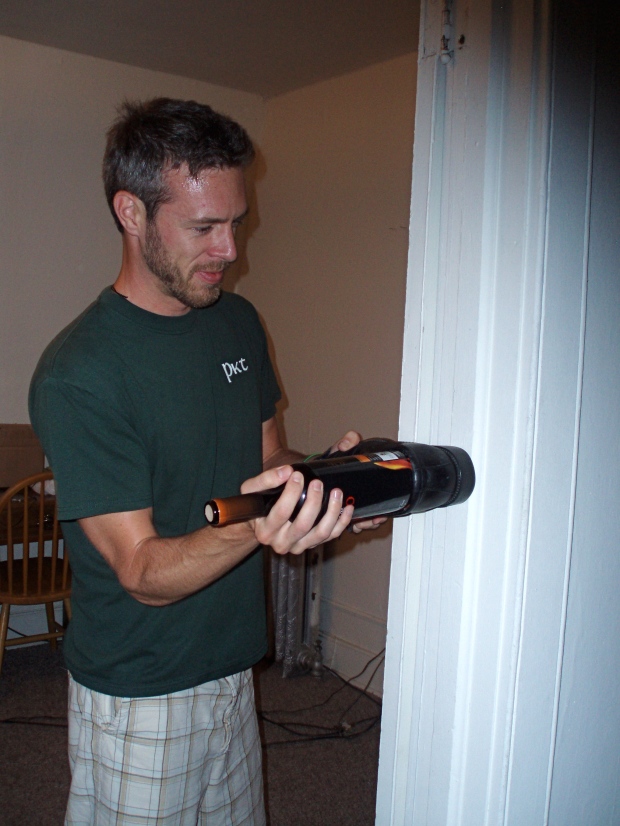 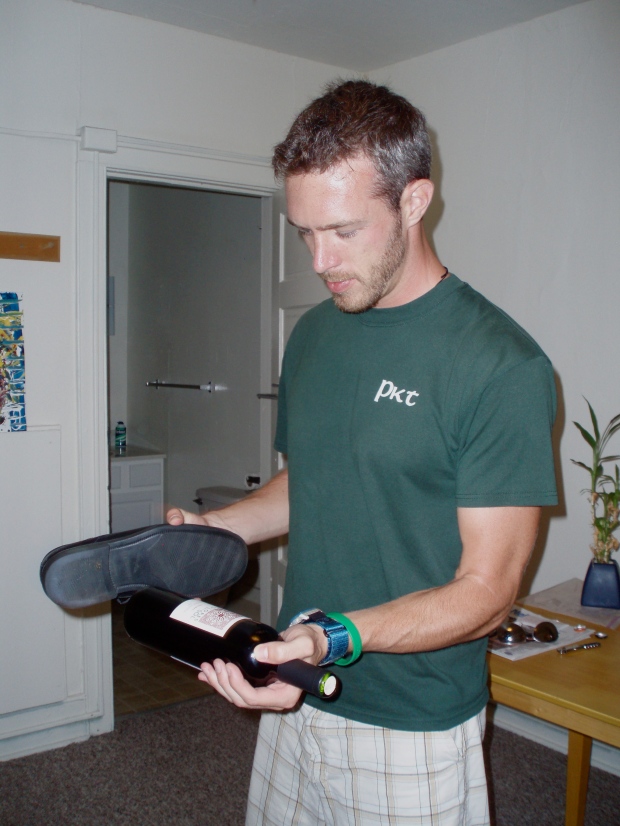 Hmmm maybe it has to be a real cork not a synthetic cork.  Good thing we have another bottle.  Start over. 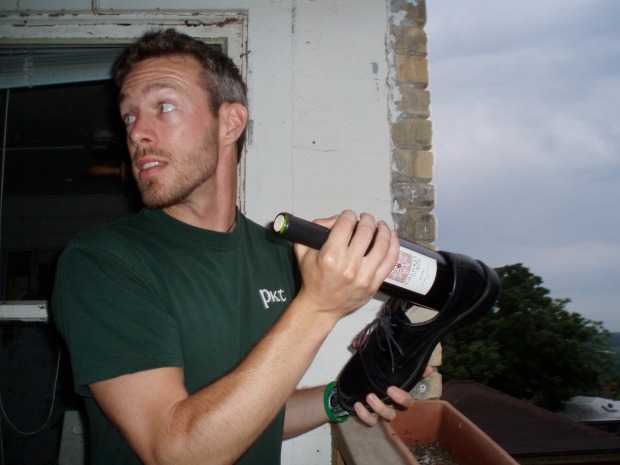 Brick outside maybe?  Still looking for other hard surfaces. 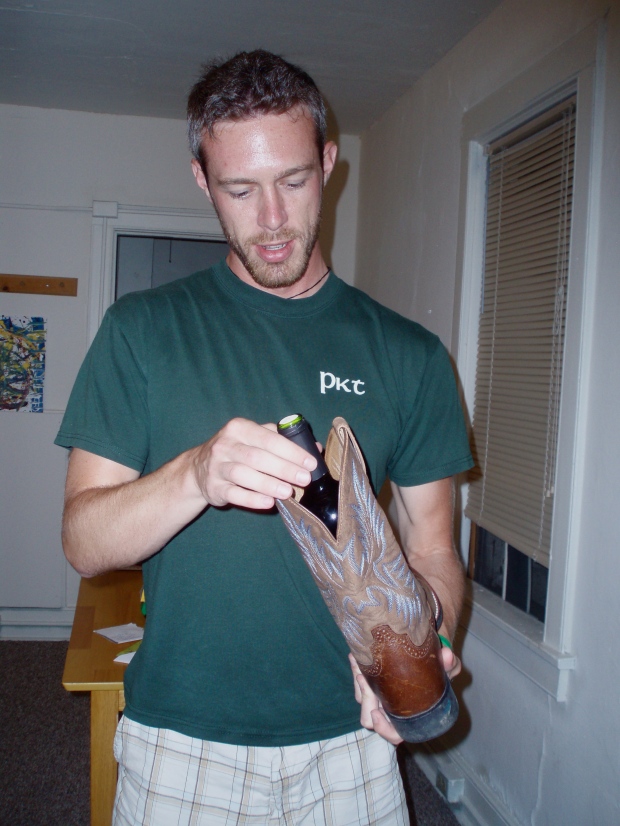 Hmm maybe it’s the shoe.  Let’s try a cowboy boot (his, not mine, in case you were wondering).

We’re thinking maybe it has to do with the bottom of the show. We’re going to try with one of my hard bottom leather boots instead of a rubber soled shoe.

Isn’t that video nuts!?!?  Anyone speak French who can tell me if I’m missing something?