I’ve eaten so much I don’t even want to look at food anymore.  The thought of pizza makes my stomach turn (more on that later).

After a bit of wine (or maybe an entire bottle of sparkling wine between me and the Biscotti Queen), we all (Biscotti Queen, Lis and me) went to dinner.

After ordering, Biscotti Queen pulled out the pictures from 10 years before.

The old man and his son, Luca, were so pleased!  So we got a picture of Sara with the family!  Mission accomplished.

On to the food.  The three of us shared a spaghetti Carbonara (because it was Biscotti Queen’s last day in Rome and she had yet to have it) 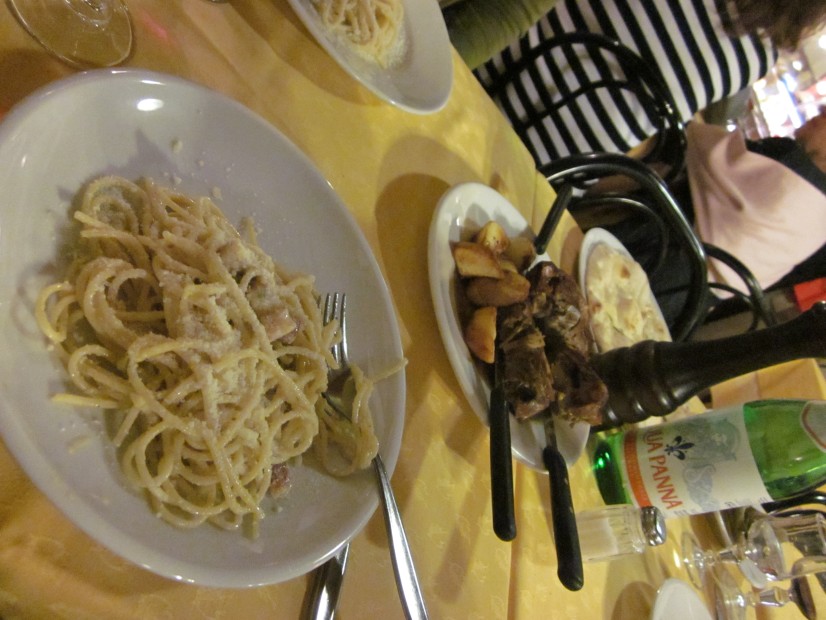 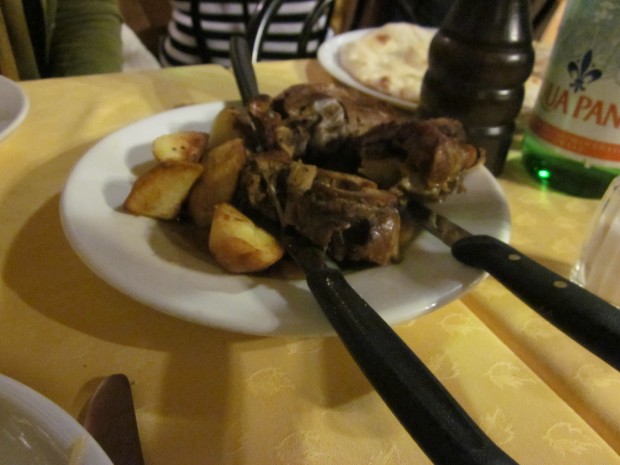 and Artichokes.  They also gave us some of their house flat bread to try (and some wonderful anti pasti that I forgot to take a picture of).  They were awfully generous! 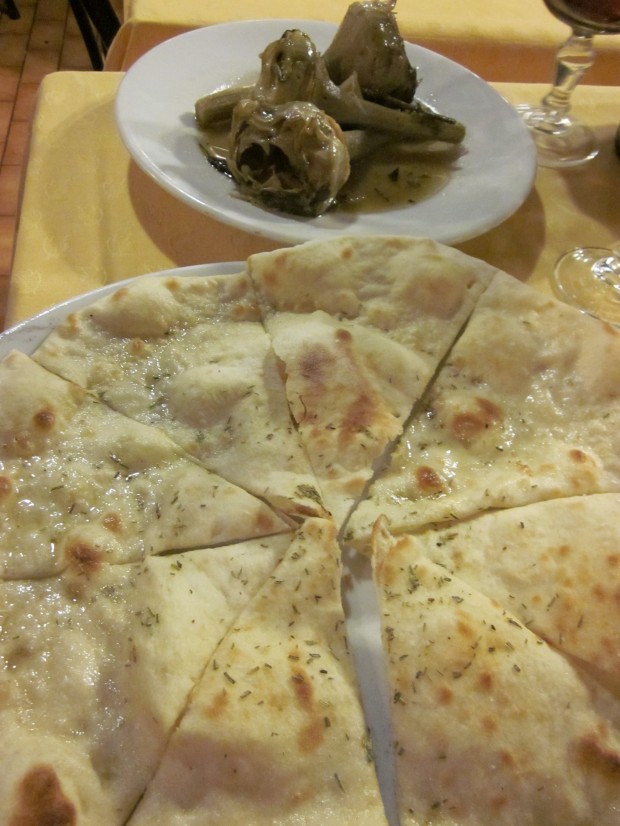 The next day, the Biscotti Queen left and it was back to work for me.  Super sad!

I had such a wonderful time with all my visitors.  It was nice to we around close friends again.  Everyone here in Rome is great, but they’re no match to friends from home.

After all these visits though, I’m sooo tired of food.  I’m starting a mini diet on Monday.  More on that soon.

One thought on “Hostaria Farnese and Sara’s Betrothed”