Apparently, football is a big deal around these parts.  So when some fellow interns asked if I wanted to go to a football game, I couldn’t say no. 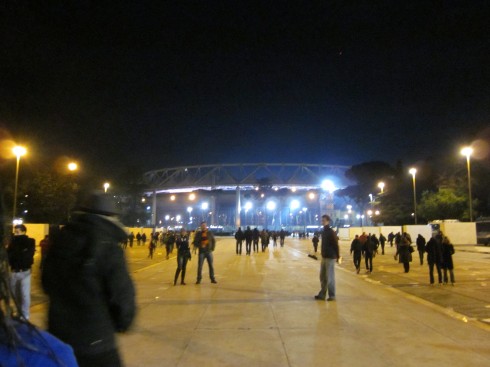 Sounded great!  Then I found out we were sitting in the “fan section” and I was overly worried, because everyone told me the Roma fans are CRAZYYYYYY. 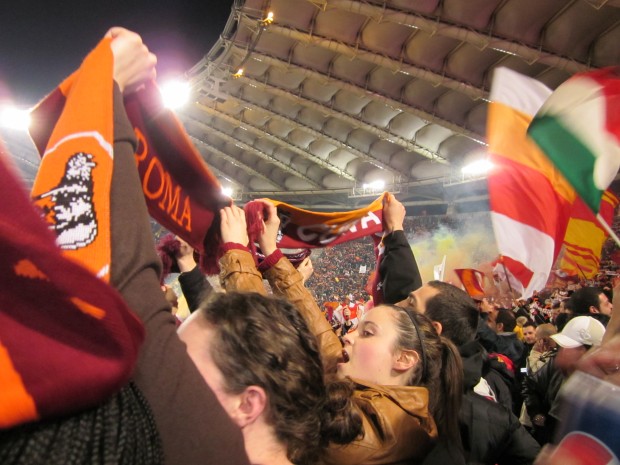 In reality, it wasn’t bad.  Not nearly as much shoving and hooligan-ing as I imagined.  But that probably had to do with the fact that Roma lost and did not score once.  Boo. 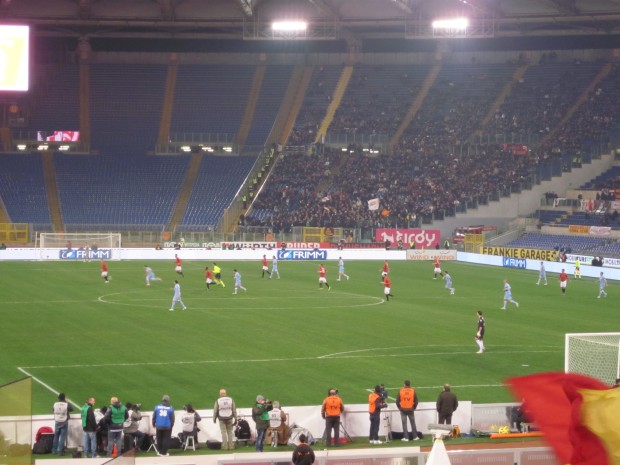 But I had fun with some new friends, a new scarf and some Birra. 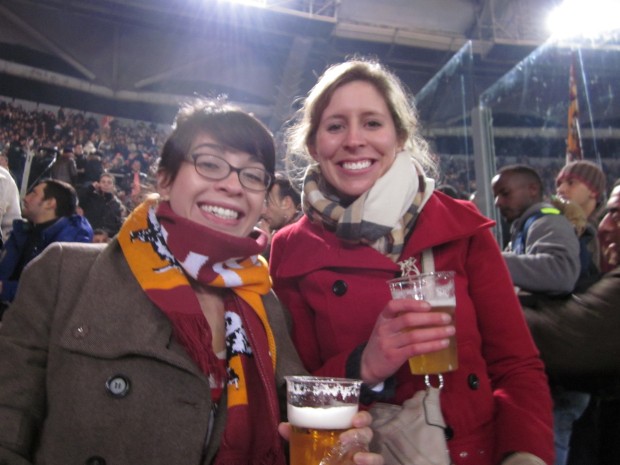 I promise I'm not actually drunk. This is just a bad (but the only) photo of me

For next time, I’ll make sure I’ve learned all the words to this song: