Easter weekend was a four and a half day weekend for me, and it was great.

The weekend started Thursday at noon, when Lis and I left work early and headed to the airport for Ibiza!  This also marked the end of countdown to Ibiza.  Success!  Well, I didn’t gain weight, even lost a kg haha!  Although it didn’t really matter because it was wayyy too cold to be in a bathing suit.

After arriving in Ibiza and spending about an hour looking for our hotel, Lis and I made it!  We had a great 1 bedroom apartment with a view of the sea! 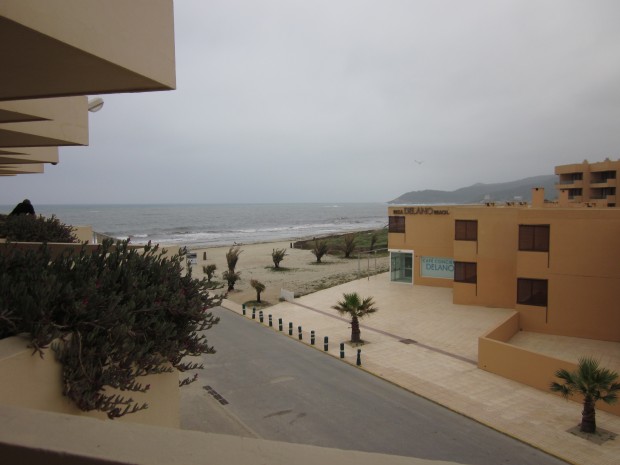 Only 29 Euro per night!  That’s what happens when you go to Ibiza in the low season.  Know what else happens?

It’s cloudy and gross.  But we were still happy! 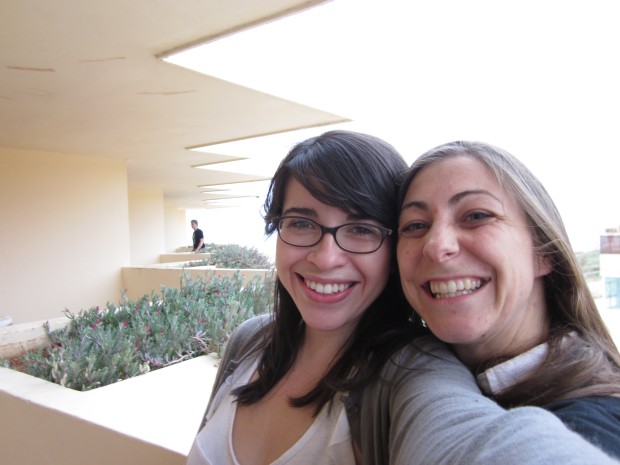 Know what else happens?  No one is there.  You end up being the only ones at the bar and the only ones on the dance floor.  Good enough for us.

The rest of our time in Ibiza was spent walking around. 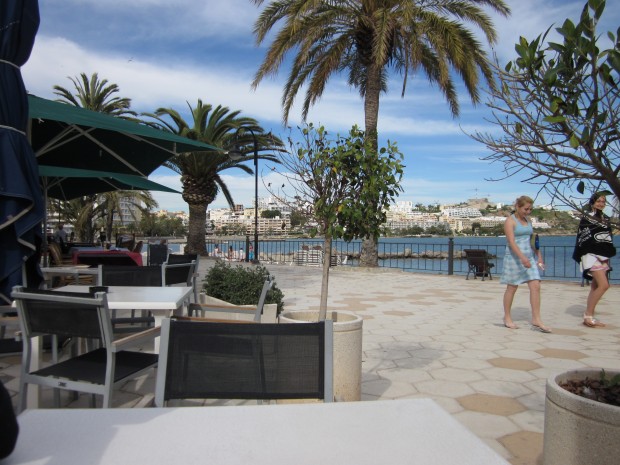 Surprisingly, we only ate one meal out: 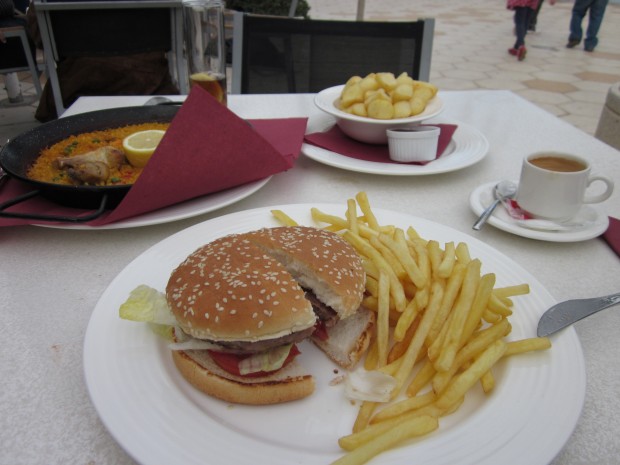 We shared a hamburger, paella and patatas bravas. We like to mix the Spanish and the American… but really that’s the first time I had seen a burger on a bun since I’ve been in Europe.  Truth be told, I miss veggie burgers.

Sadly, we had to leave Ibiza on Saturday.  Just our luck, the sun decided to visit Ibiza as we were leaving. 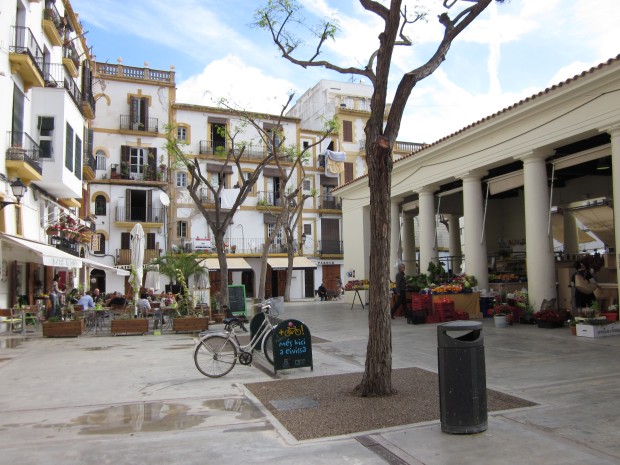 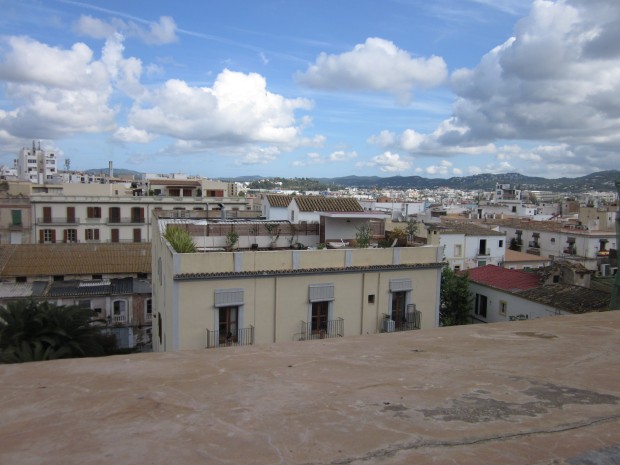 On Sunday morning, I woke up bright and early and headed to the Vatican.  I had a ticket for the Papal Mass on Easter Sunday.  Can you really pass that up? 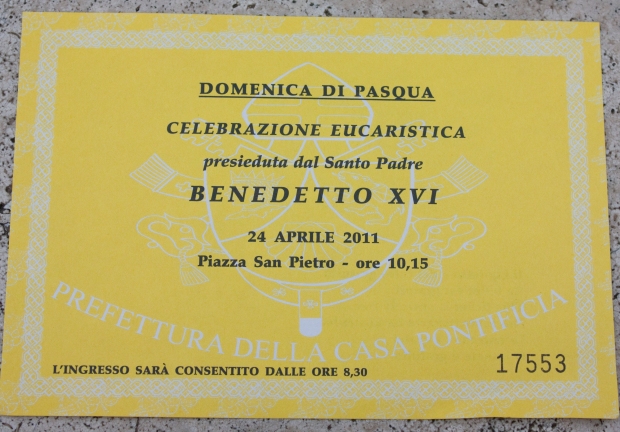 There were tons of people and I really couldn’t see anything.  Luckily they do a good job of projecting sound in St. Peter’s Square. 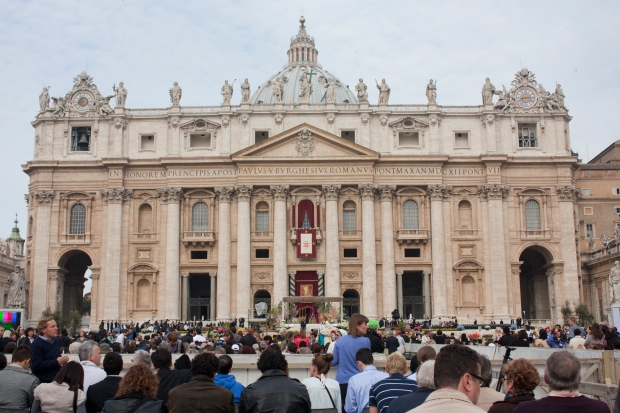 I had never been to a mass in Latin before.  Kinda nice. 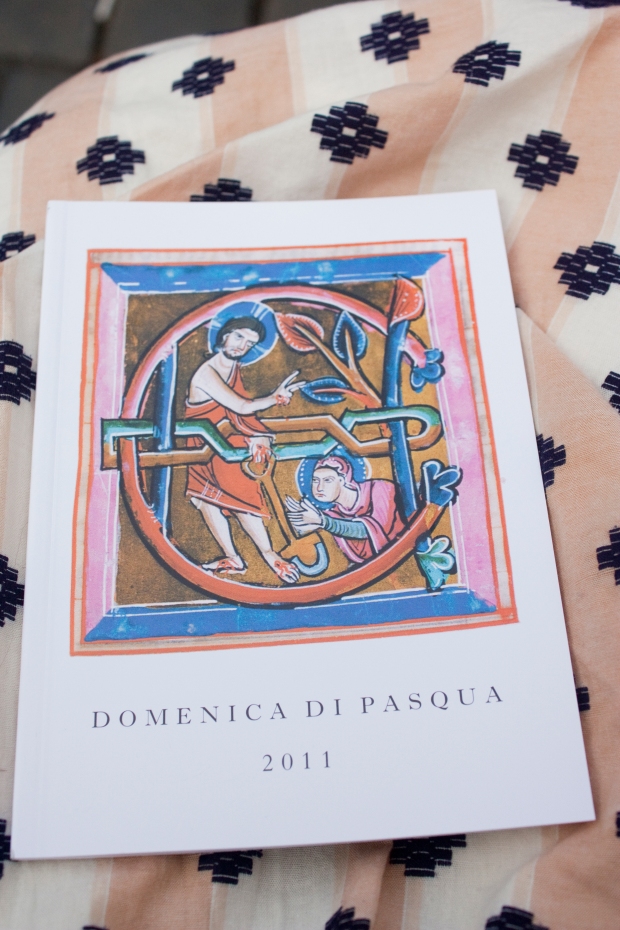 The rest of the weekend I was pretty much a bum.  I think that was needed because Sunday night I fell asleep around 6pm and woke up the next morning at 9:30am.  Let’s just say I was pooped!

Then today I made up for all the chocolate I didn’t eat for Easter when my office mate brought in a huge bag of chocolate eggs.

Definitely needing to hit up that gym I dropped major $$$$ for!