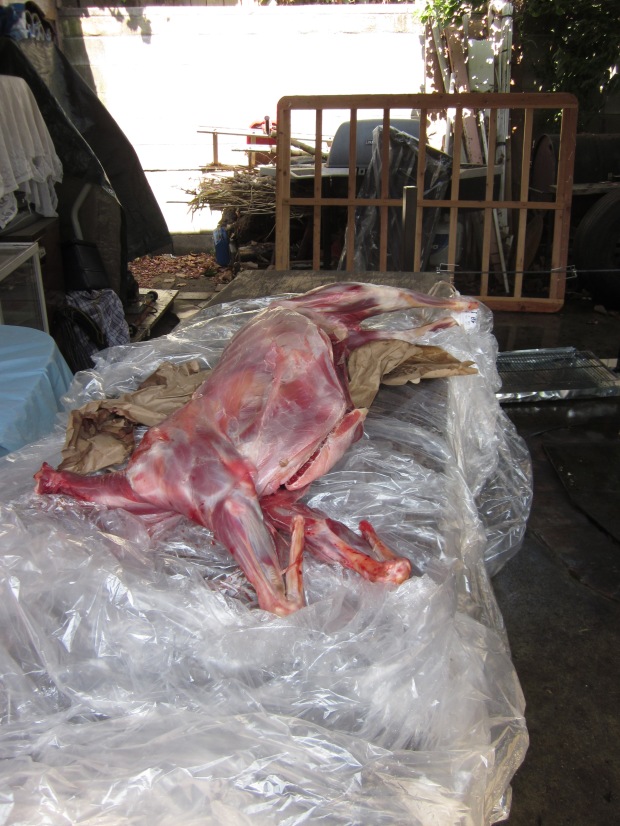 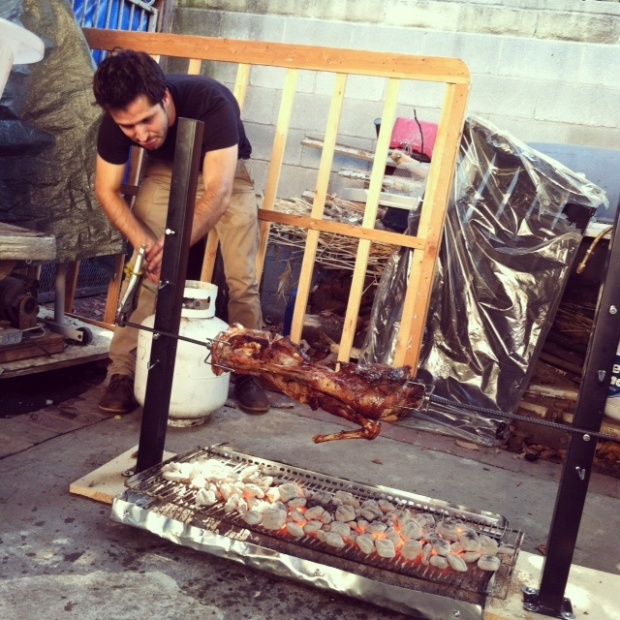 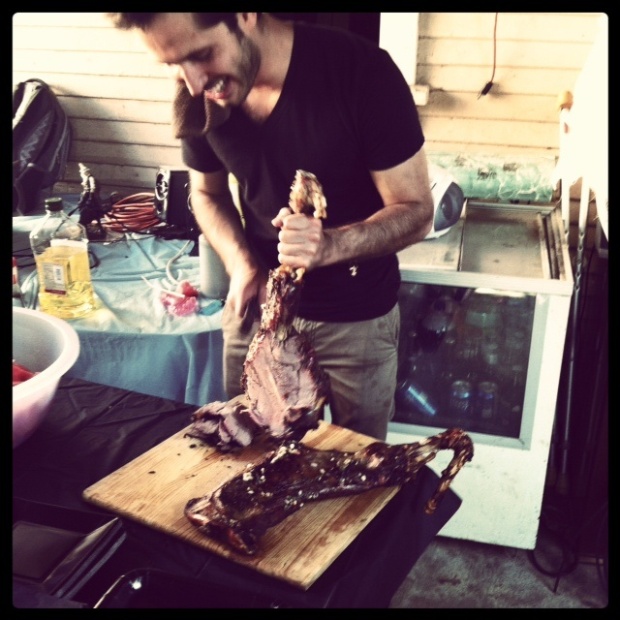 I’m a firm believer in balance.  Not like the yoga type.  I tried yoga, really I tried.  I just can’t do it.  I was thinking balance more in the dietary sense.

This weekend I went to the Taste of OC festival.  To say I ate a lot is probably the biggest understatement ever.  It was amazing.

Ribs. Fried Pig Ear.  Shrimp and Lobster Grinder. Italian Ice. Broken Banana Cream Pie. There were probably other things too.  I can’t remember since I was in food coma the second half of the afternoon.

Sometimes, you can only take so many rich, heavy dishes.  Sometimes you need something green, healthy, tangy and light that includes zero sugar.

In pot, heat oil and cook onions until translucent.  Add broth and bring to a boil.  Add broccoli and spinach and simmer for 3-4 minutes.  Remove from heat.  Allow to cool a little bit.  Using an immersion blender, puree until smooth.  Stir in greek yogurt and season to taste with salt and pepper.  Garnish with garbanzo beans if desired.

I have no doubt in my mind I’ll be ready for an enormous meal soon (even though I think I’ve sworn off food festivals for all of eternity… or maybe just until the end of the month?).

In the meantime, I’ll stick to the green stuff for a bit.

I’m starting to realize I have a tendency toward repetitiveness.  I do things over and over again without really getting tired of it.

Example #1: Today I listened to the same song over and over again from about 10am until 4pm. I literally kept hitting repeat on YouTube.

Example #2: Every so often, when I have nothing to do, I like to watch Pride and Prejudice alone in my bed and cry my eyes out when Elizabeth is telling her father how much she loves Mr. Darcy.  It gets me every time.

Example #3: I make lemon cupcakes for any number of occasions.  I never get tired of experimenting in my quest to make the perfect lemon cupcakes/cake.

I think this is the jackpot though.  Oh wait, do I claim that every time?  Who knows… let’s go with it.

Sift together flour, baking powder and salt.  Set aside.

Combine lemon juice and milk.  You want enough to make 1 1/4 cup of the mixture.  So squeeze the lemon juice into a measuring cup and fill until you get 1 1/4 cups.  Set aside.

Cream together butter and sugar.  Beat 3-5 minutes until fluffy.  Add lemon zest, vanilla and one egg at a time, beating 30 seconds between each egg.   Add flour mixture 1/2 cup (ish) at a time and milk mixture, alternating add each one.  Lastly, mix in the instant pudding mix.

Pour batter into line cupcake pan.  Bake 15-20 minutes depending on the strength of your oven, or until golden brown and cooked through.  Makes about 30 cupcakes.

Allow to cool completely and make the icing.  Beat heavy cream to soft peaks.  Add powdered sugar and jam, a bit at a time.  Keep beating until stiff.  Put icing in a piping bag and top off cupcakes (or spread with a knife).

Serve immediately or keep refrigerated until about an hour before serving. 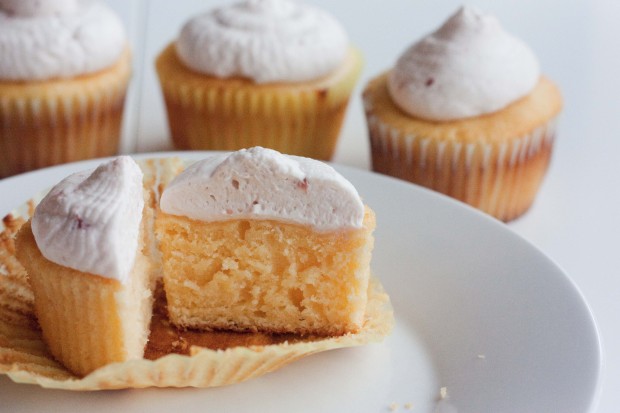 This is definitely something I’d like to repeat, not just because I like making cupcakes but because they were delicious. I think this is going to replace any other lemon cupcake recipe I thought was best.  These are better.  Trust me.  Give it a try, then repeat.

I’d also like to repeat the shrimp tacos I made for dinner last night that I’m kicking myself for not photographing.  Oh well.  For the sake of repetition, here’s one more photo…  Is that okay?

It’s past midnight.  I can’t sleep.  I’m listening to the same song I listened to all day and am tempted to go into my kitchen to make these again.  Or maybe I should break my repetitive streak and make something new.  What do you think?