This past weekend was a very Italian weekend for me.  I went to the Getty Villa. 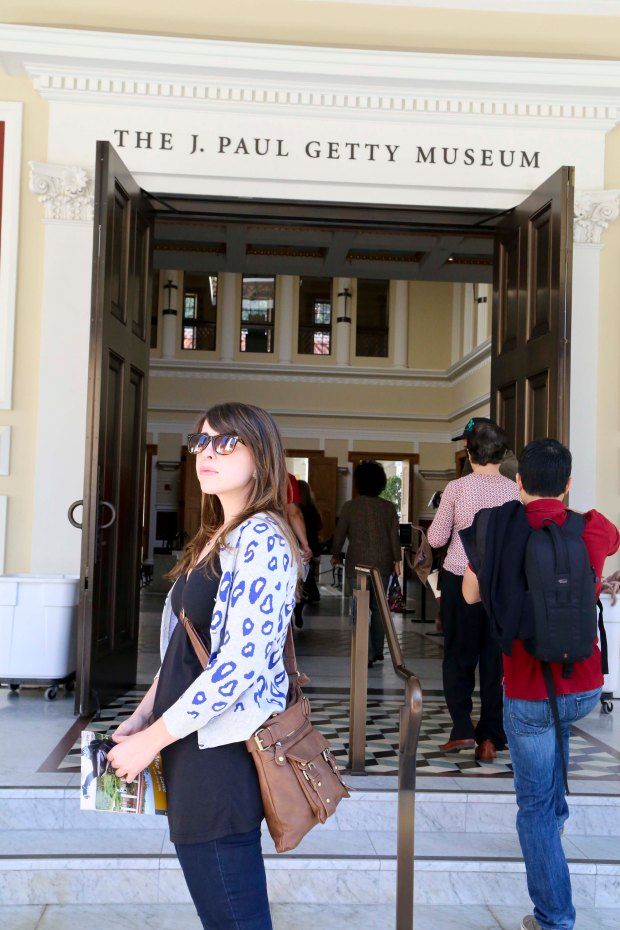 If you’re in Southern California and haven’t been to the Getty Villa, you should go.  I grew up here and had never been.  It’s a beautiful museum built to look like a villa you would around Pompeii or Herculanum around 30 AD.  It’s seriously beautiful, not to mention the exhibits are awesome.

To add to the Southern Italian-ness of the weekend, Jesse and I also saw Pompeii.  While I question the historical accuracy, I must say I thoroughly enjoyed it.  It’s as if Titanic and Gladiator came together to make one ridiculous film.

If there’s one thing Pompeii taught me, it’s that Jon Snow is hot in a skirt.  After leaving the theatre, the one thing both Jesse and I had to comment on was Jon Snow‘s abs (because Kit Harington will forever be known as Jon Snow to me).

First we thought, those have to be digitally enhanced or airbrushed.  No one can have abs like that.  Of course then the conversation transitioned to: how does one get those abs?

I did some research.  Basically, if you want abs you have to lose fat and build muscle (no surprises here). Vanity Fair confirmed with an interview by the actors of the movie:

The four-hour workout: two hours of fight training with weapons, an hour of weight lifting, an hour of cardio, and an 1,800-calorie diet “designed specifically for our bodies to be attuned to lose fat and pop out muscles,” Akinnuoye-Agbaje told us.

So for the rest of us that aren’t working out for four hours a day or consuming a diet “designed specifically for our bodies to be attuned to lose fat and pop out muscles,” we should probably just stick to eating clean and maybe increasing our protein.

I’m not really in the market for Jon Snow abs (yep, that’s what I’m calling them now), but getting fit is always a good idea.  So to help you in that direction, I made you dinner:

Combine all ingredients in a bowl.  Using your hands work together all ingredients and form into golf-ball sized meat balls.  Place on a parchment paper lined baking sheet and bake for 25-30 minutes, or until cooked through (note: this might vary depending of the size of your meatballs and your oven). 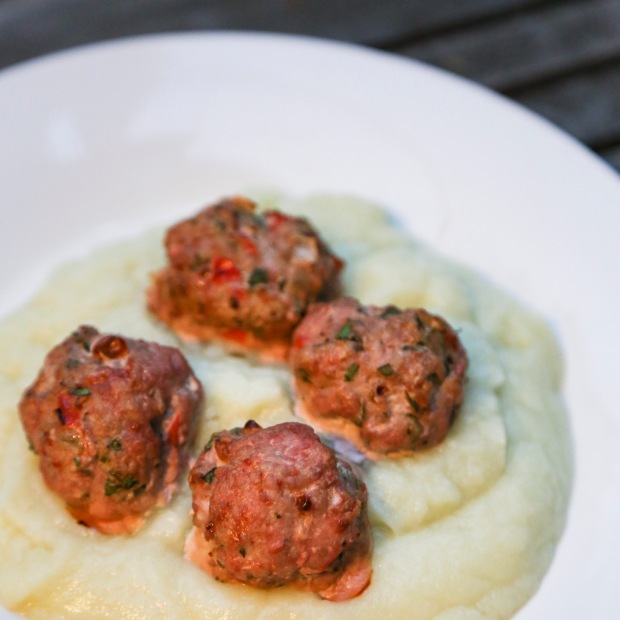 Serve over cauliflower puree, on spaghetti squash or with your vegetable of choice and enjoy!  This recipe will make about 20 meatballs.

This low carb (paleo, gluten-free) meal will get you in the right direction to getting those Jon Snow abs.  Or if you’re like me and you just want to be a little bit healthy, to balance out an enormous piece of cake, this meal is great for that too.

Anyone else see Jon Snow’s abs in Pompeii and have their jaw drop?