I’m making my friends wedding cake(s) for her September wedding, and I’m incredibly excited.  I love weddings and I love cakes.  Combining the two is pretty much almost as exciting as pies in jars. 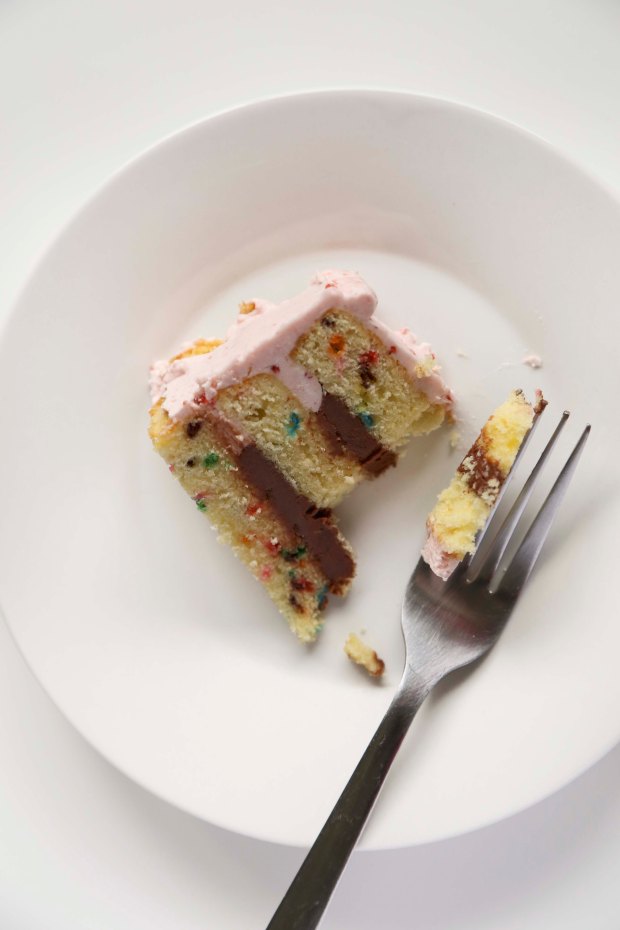 I’m also extremely concerned that I’ll somehow mess it up.  I want her cakes to be tasty and beautiful, because it’s her special day.  That means I’m practicing like it’s nobody’s business.

In my cake making craze, I wanted to try out a new frosting.  I had read that Swiss Meringue Buttercream is great for getting smooth edges, so yesterday, I decided to give it a try. 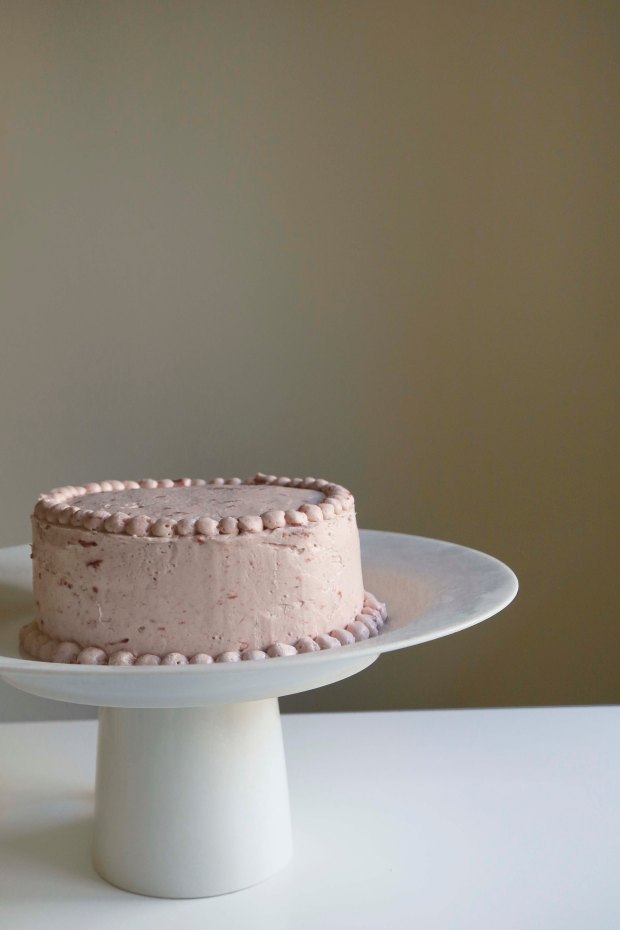 Everyone talks about swiss meringue buttercream with descriptors like: luxurious, satiny, rich, decadent.

To me, it tasted like straight up butter with some sugar in it.

I added some strawberry jam to mine to try to add some flavor to it, which improved it, but I’m still not a fan.  I might try it again with other flavorings but plain… never again. 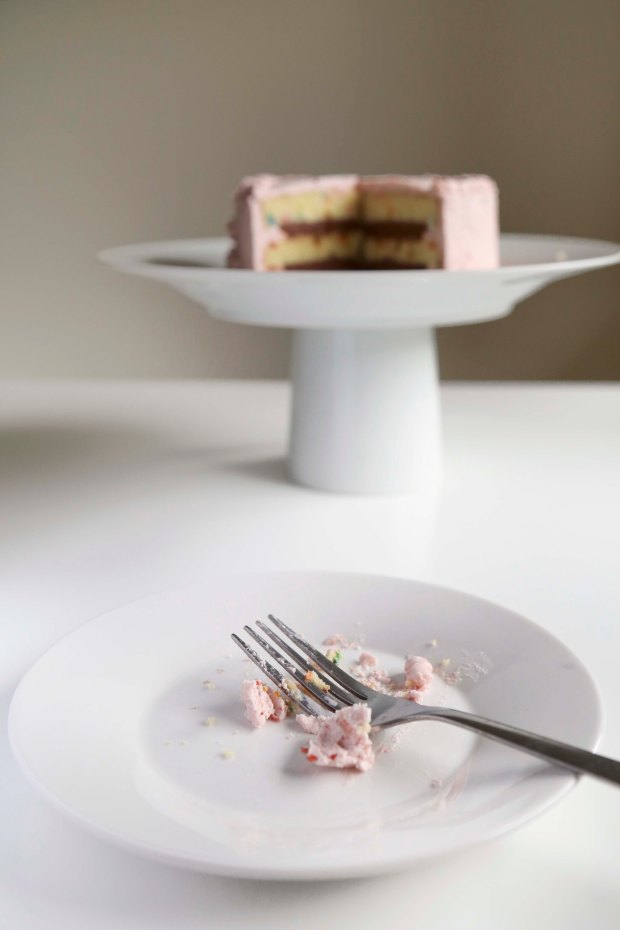 Now that I’ve trash talked it, in case you want to try, here’s the recipe I used.

Whisk together egg whites and sugar in your stand mixer bowl.  Place over a pot of boiling water (make sure water isn’t touching the bowl), stir it every so often until the egg whites become hot and you can no longer feel the sugar granules.

Transfer to the mixer and whip until they’ve formed peaks. 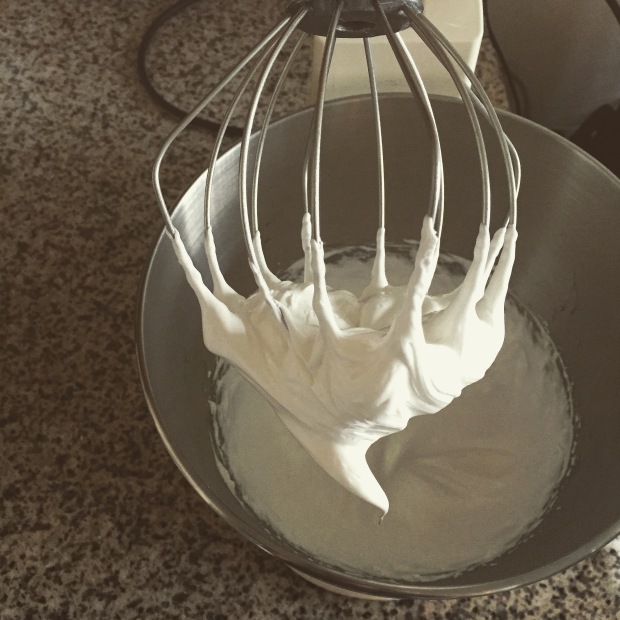 Add vanilla. Then start to beat in butter.  At this point, it might look curdled, don’t worry.  Keep whipping.  It can take up to 10 minutes to get fluffy.   Once it’s the right consistency (pretty silky, I must say), you can feel free to beat in jam or just smooth it on a cake.

**This recipe makes enough to frost a 6 inch cake (and probably enough to fill as well).  For a 9 inch (3-4 layer cake, I would probably double this recipe). 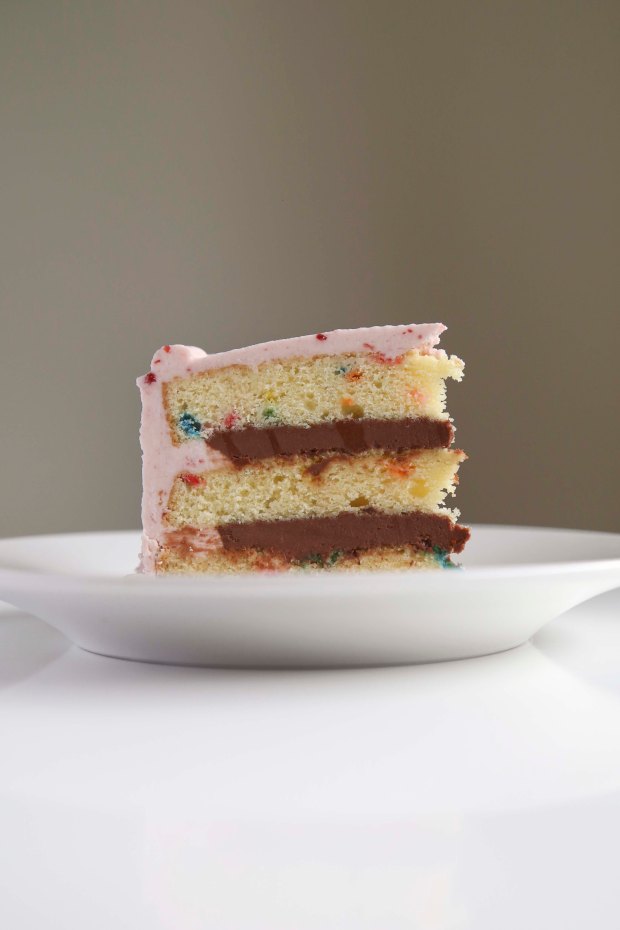 The one benefit is that it gets very solid (like a stick of butter almost… hmm wonder why?) when cold, which means you get beautiful slices.  That’s definitely the redeeming quality of this buttercream. 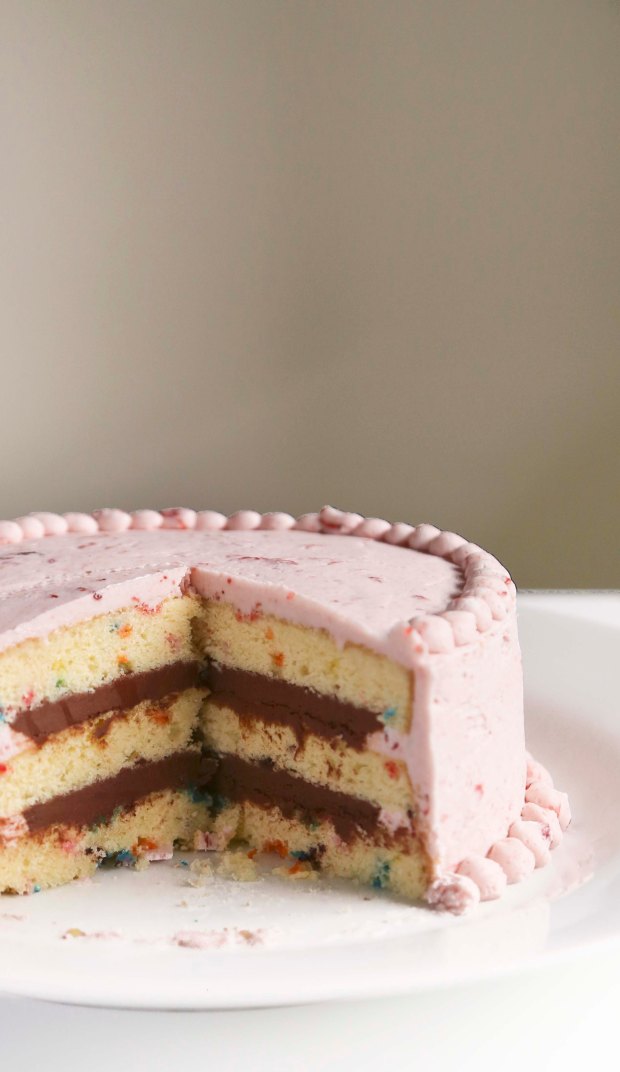 For my friend’s wedding, I’m sticking to traditional American buttercream (not just because I like it better but that’s what the bride and groom tried and liked).

In case you (like me) are not a fan of Swiss Meringue Buttercream, here are some alternative to frost your cakes/cupcakes with:

What’s your favorite way to frost a cake?  or are you that person who leaves all the frosting behind?