The lovely fella and my camera have arrived safely!  Which means I can take pictures again!

This afternoon as part of my daily procrastination, I was perusing some blogs… I came across a recipe for Pumpkin Scones over at Eggs on Sunday.  So I was inspired.  I decided tweek the recipe to fit what ingredients I had at home.  The most notable changes were, greek yogurt instead of cream and pumpkin pie mix instead of plain pumpkin puree.

I’m not gonna lie.  They look better than they taste. 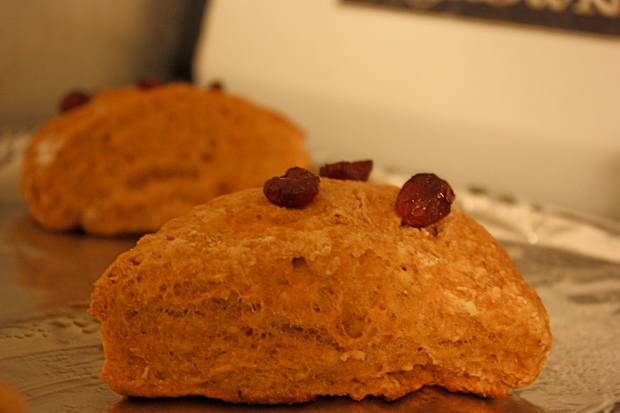 I don’t think my tweeks worked out very well because scones need some sort of fat in them.  Also because I used pumpkin pie mix, I cut down on the sugar (I used 1tbsp of agave nectar instead of 3 tbsp maple syrup).  They turned out plenty moist but sadly not too flavorful… 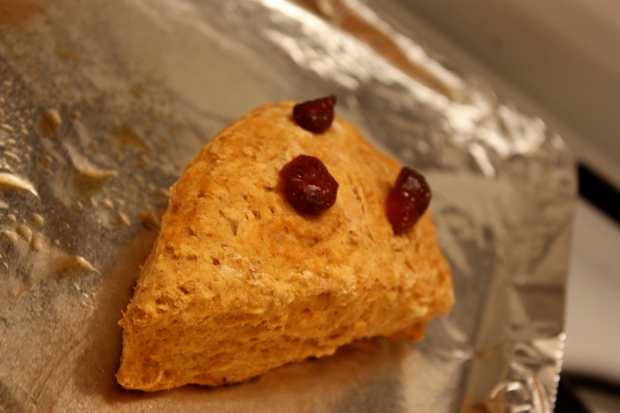 On to the December Recipe Challenge!

In an effort to try new recipes with fun, exciting vegetables and avoid some unnecessary sweets this holiday season, I’ve decided to do a recipe challenge for the month of December.

The basics of the December Recipe Challenge are:

Essentially, I’m going to try to cook healthier things to avoid a repeat of last week.  I will share the recipes I use (even if they’re my own) with plenty of pictures.  The goal is to eat more vegetables, expand my cooking repertoire and over all have fun with food.

If you join me in this challenge, e-mail me (foodologie00@gmail.com) a link to your blog post with the recipe you tried out and I will post it on here to share with the world!  If you don’t have a blog, that’s okay too!  E-mail me if you’re interested in doing a December Recipe Challenge guest post!

Are you up for the December Recipe Challenge???

12 thoughts on “Back In Action + December Recipe Challenge”