Did you all hear about Michelle Obama’s Campaign Against Childhood Obesity?

What do you think of this new Let’s Move campaign?

I had some colorful eats today and luckily they DID NOT include any of this: 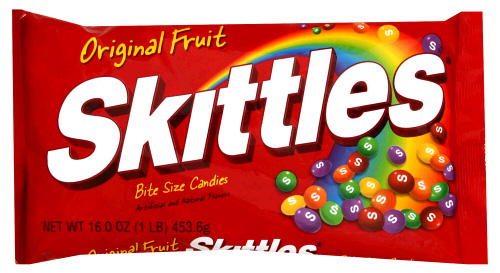 For lunch, I had a DELICIOUS, COLORFUL and HUGE salad! 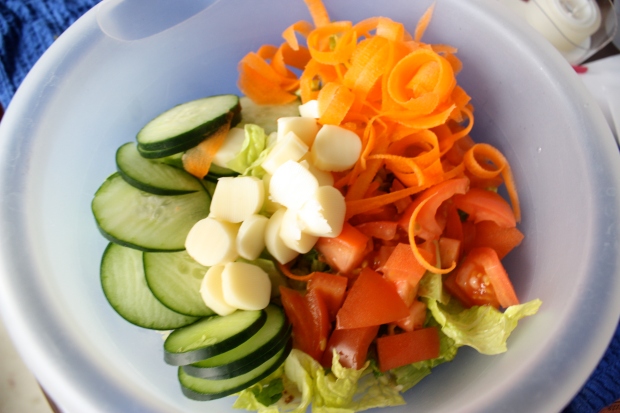 Isn’t it bright?! Lettuce, Cucumbers, Tomato, Carrot Ribbons and a sliced up string cheese with some olive oil and balsamic vinegar as dressing.  Along with a Morningstar Sausage Patty taco, which you’ve seen so here’s part of the tortilla process: 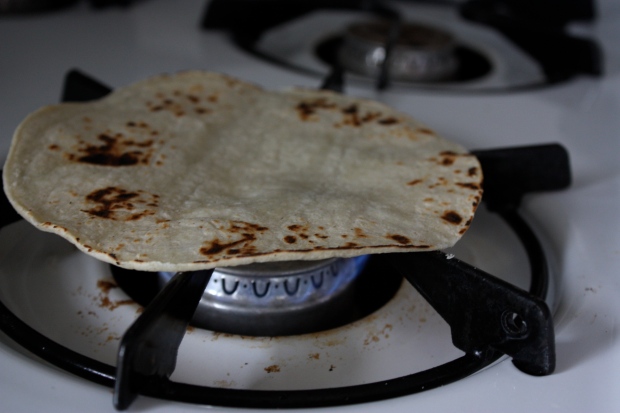 I would die without a gas stove!

After my scrumptious lunch, I went to class then I worked on Econ and Methods problem sets with people.  Ugh I need to learn to be more patient!

Then the highlight of the evening.. Dinner was pretty much the epitome of a fake and delicious makeover!

You know chicken parmesan? Served as such…

Forget that!  Mine was a million times better! 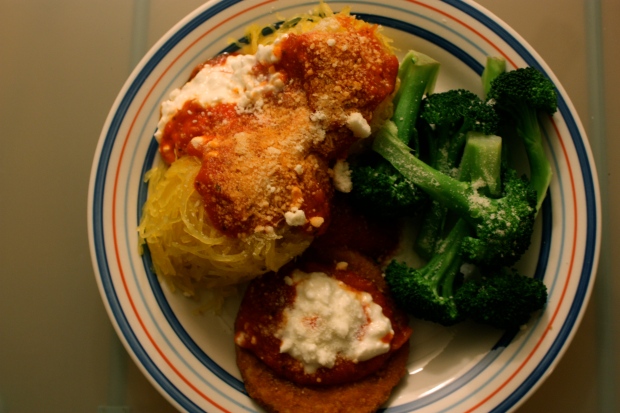 Boca Spicy Chik’n Patty topped with marinara sauce and cottage cheese (soo good!  If you’ve never mixed marinara and cottage cheese… go try it now! Creamy and delicious!), served with a side of spaghetti squash and broccoli, then sprinkled with some grated pecorino romano for good measure.

A dinner entree of Chicken Parmigiana at Macaroni Grill will set you back 1650 calories, 98g of fat and 2500mg of sodium!  Isn’t that nuts!

My version had a grand total of 405 calories and 12g of fat!  Much better and just as tasty and voluminous! Honestly, I’m not a huge fan of pasta (maybe because I didn’t grow up eating it?) but I understand that a lot of people do like it.  A serving of pasta still would make this a million times healthier than a restaurant version!

Ahhh Lost is on in a little over half an hour!  I have to read now so I can then glue myself to the TV!

Have a fabulous night!!